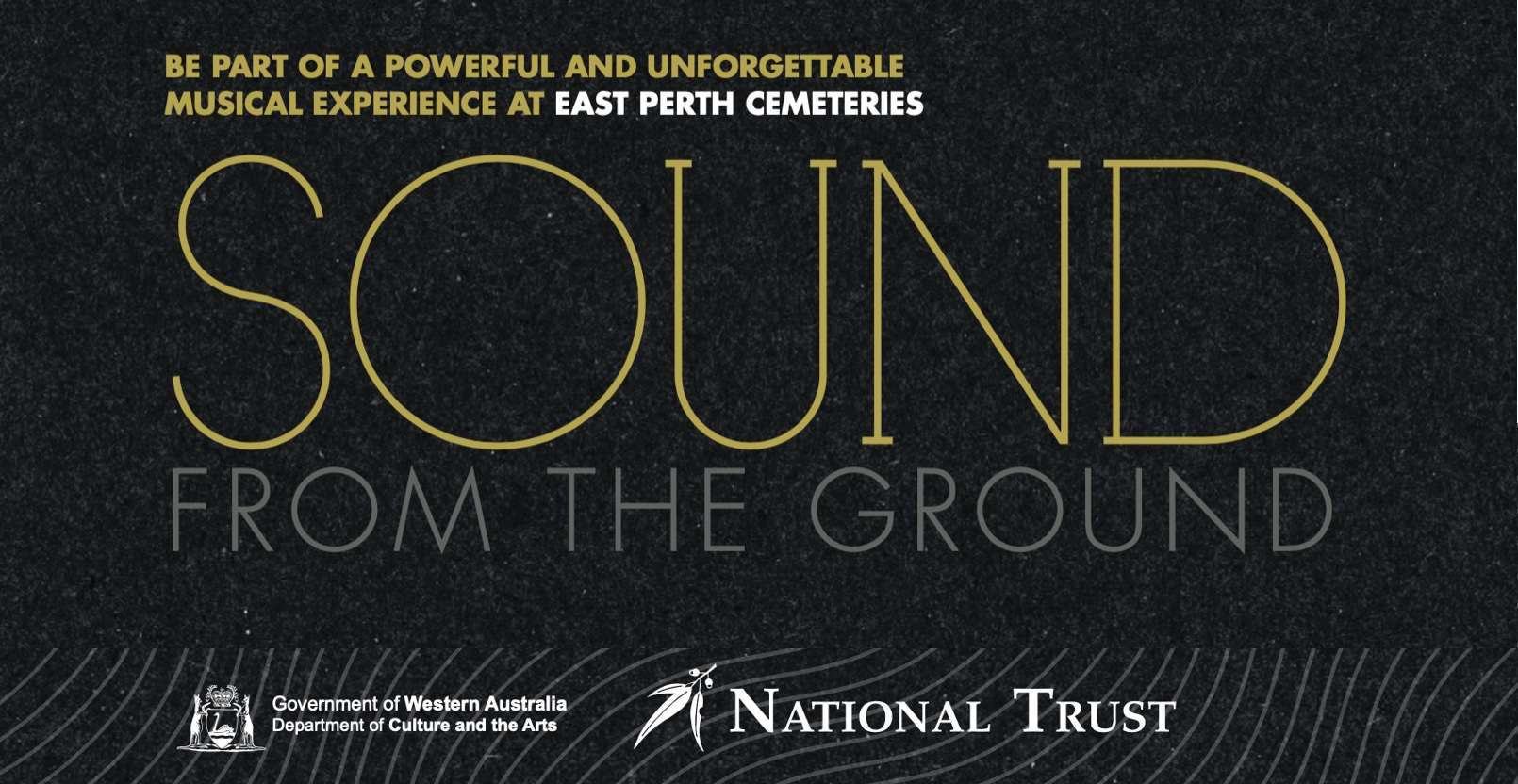 Sound from the Ground was an immersive concert experience at the historic East Perth Cemeteries, one of WA’s most important heritage sites representing the lives of 10,000 early settlers. Previously examined by few other than genealogical researchers, Sound from the Ground developed a musical narrative to tell their stories. 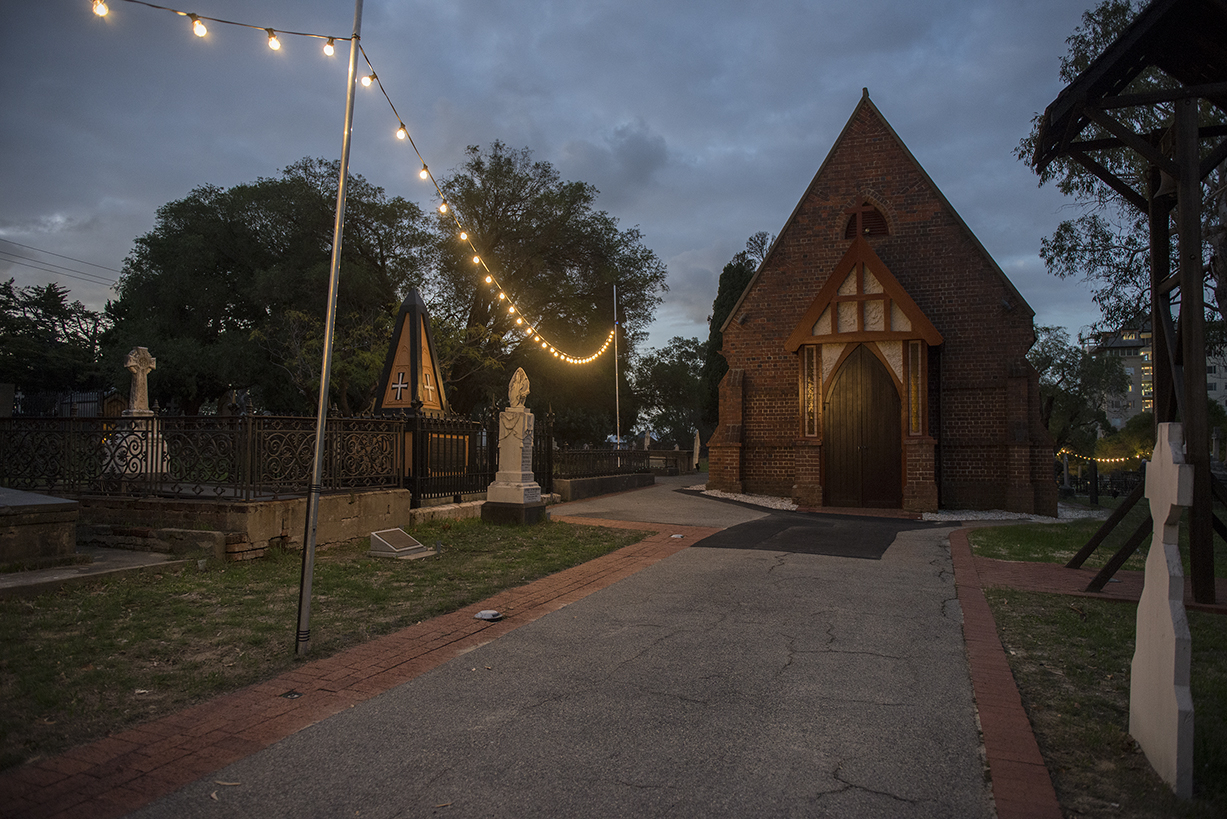 The result of a year-long residency at the National Trust of Western Australia, the project included the commission and world premiere performance of an eight movement, twenty minute work entitled Stone, Shell, Bone and Feather, as well as seven new musical arrangements. Compositions by early WA settlers were re-discovered, arranged and performed again for first time in over 150 years. Sound from the Ground represents an innovative approach to heritage interpretation in its use of music performance and accompanying program notes as a primary method of communication. 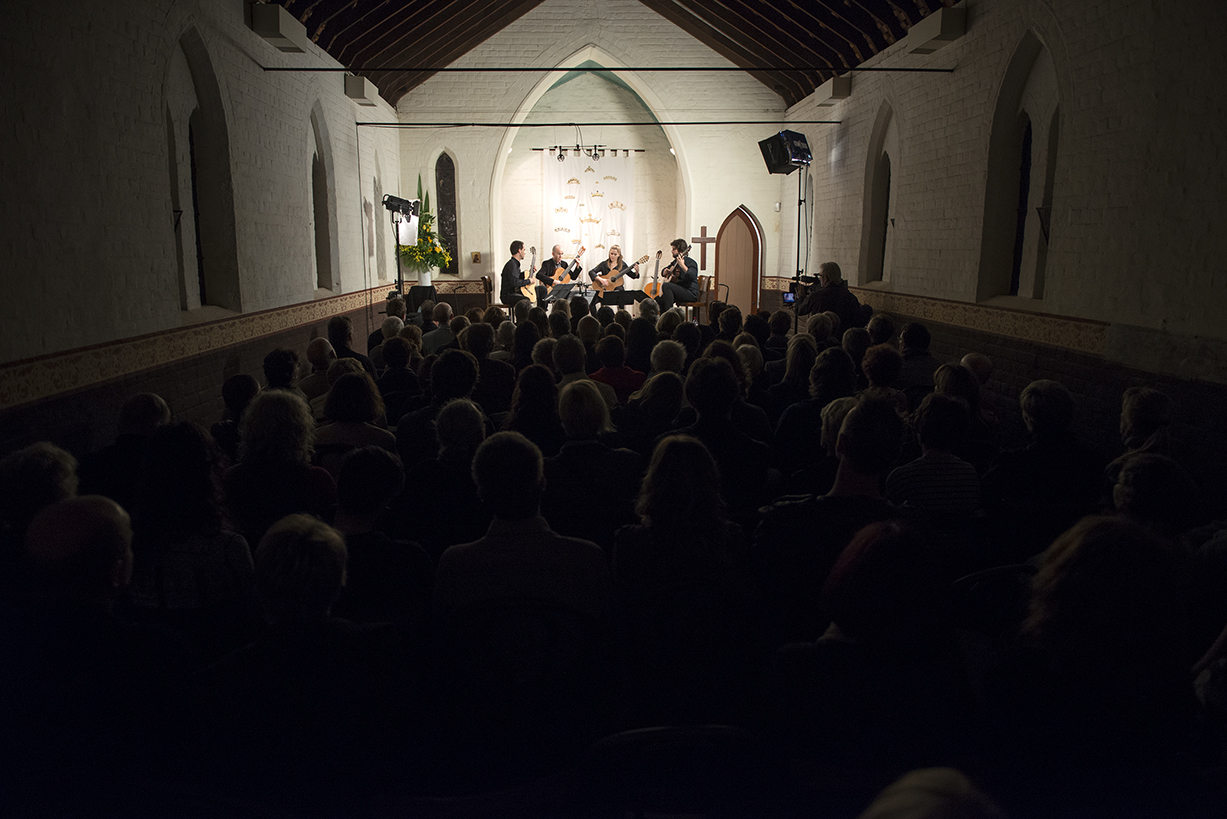 Performed by the Perth Guitar Quartet, Sound from the Ground culminated in two sold out concerts at the East Perth Cemeteries on 29-30, April 2016. The project won the 2017 Museums and Galleries National Award (MAGNA) for Interpretation, Learning & Audience Engagement, and was a finalist for the 2017 WA State Heritage Award (Interpretation). MANGA judges hailed SftG as “A complex and multi-layered project which unearths much early WA colonial history through the gravesites. The innovation displayed by the musicians in undertaking research, composing music, threading old musical scores and then producing a quality performance night shows a commitment to excellence and innovation.”