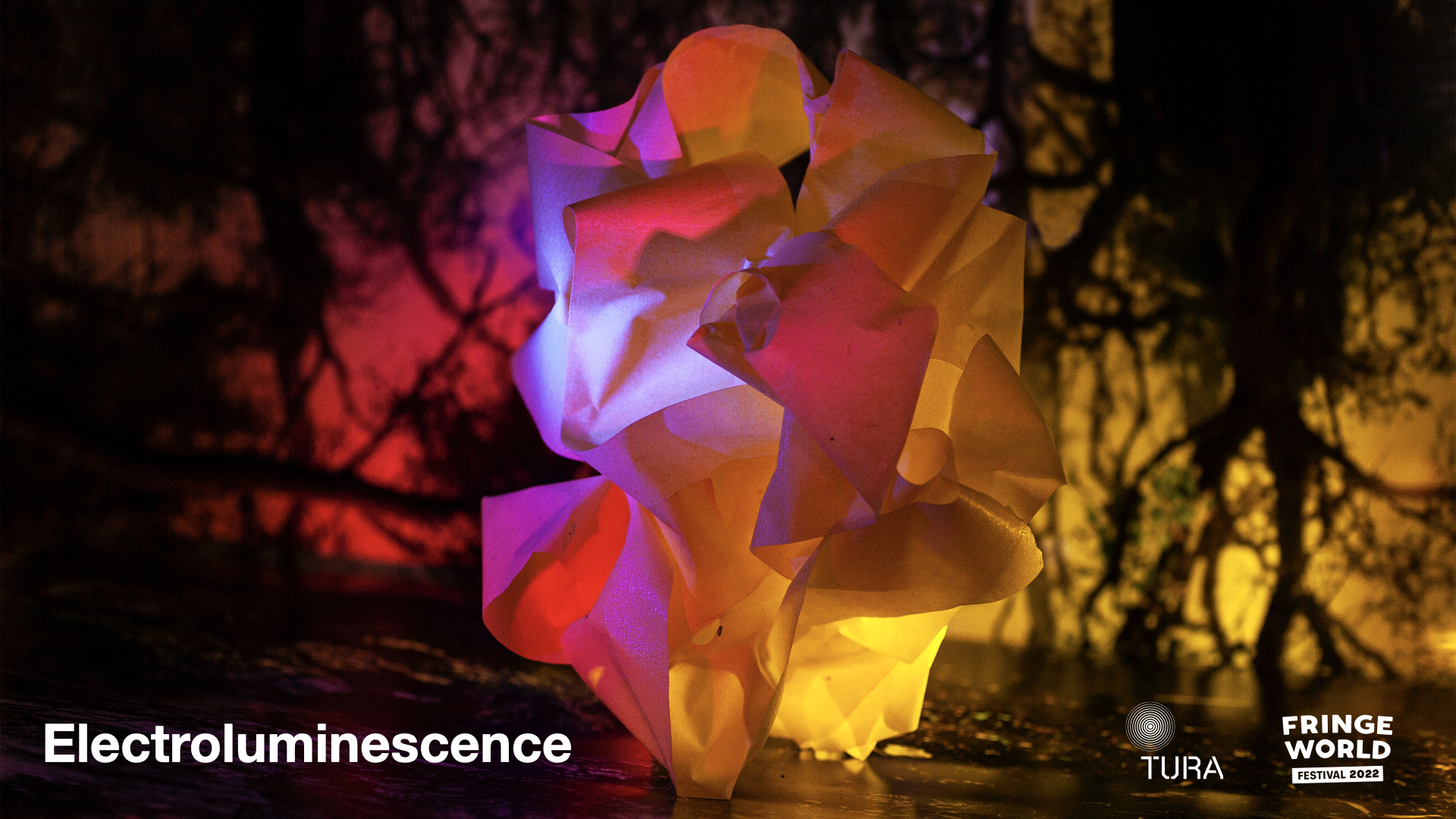 Presented by Tura New Music as part of the 2022 Fringe World Festival, Electroluminescence premiered at Lyric's Underground on January 19 2022. Awarded a 9/10, X-Press Magazine hailed Electroluminescence as "nothing less than heroic in proportion…and an important contribution to the repertoire of audio-visual works for electric guitar." View the program. Read the review.

Icelandic composer Gulli Bjornsson has carved out a niche creating multimedia works which combine electronics, live instruments and visuals to explore experiences in nature. Svart Hvít Sky á Himni (Black and White Clouds in the Sky), scored for electric guitar, live electronics and visuals, was inspired by the dual nature of clouds - they can be beautiful and peaceful, but can also quickly become an ominous source of fear and even destruction.

One common feature among many of Gulli’s compositions is the use of complex preprogrammed live processing effects which play an integral role in creating the form and structure of the piece. This work is no exception - the effects transform over the course of the piece, with the work’s overall dramatic trajectory directly linked to the audio processing. One of the most aurally prominent effects is the rhythmic envelope generator, which utilises a step sequencer to create rhythmic patterns out of sound disappearing from the texture.

Gulli has also developed the visuals for this work, which feature real-time audio reactive manipulations of a short 30 second stock footage clip of moving clouds. Using Max MSP, Gulli has created swirling ominous dark grey cloud formations that emerge and decay against a black backdrop and respond to the sounds of the live performance. 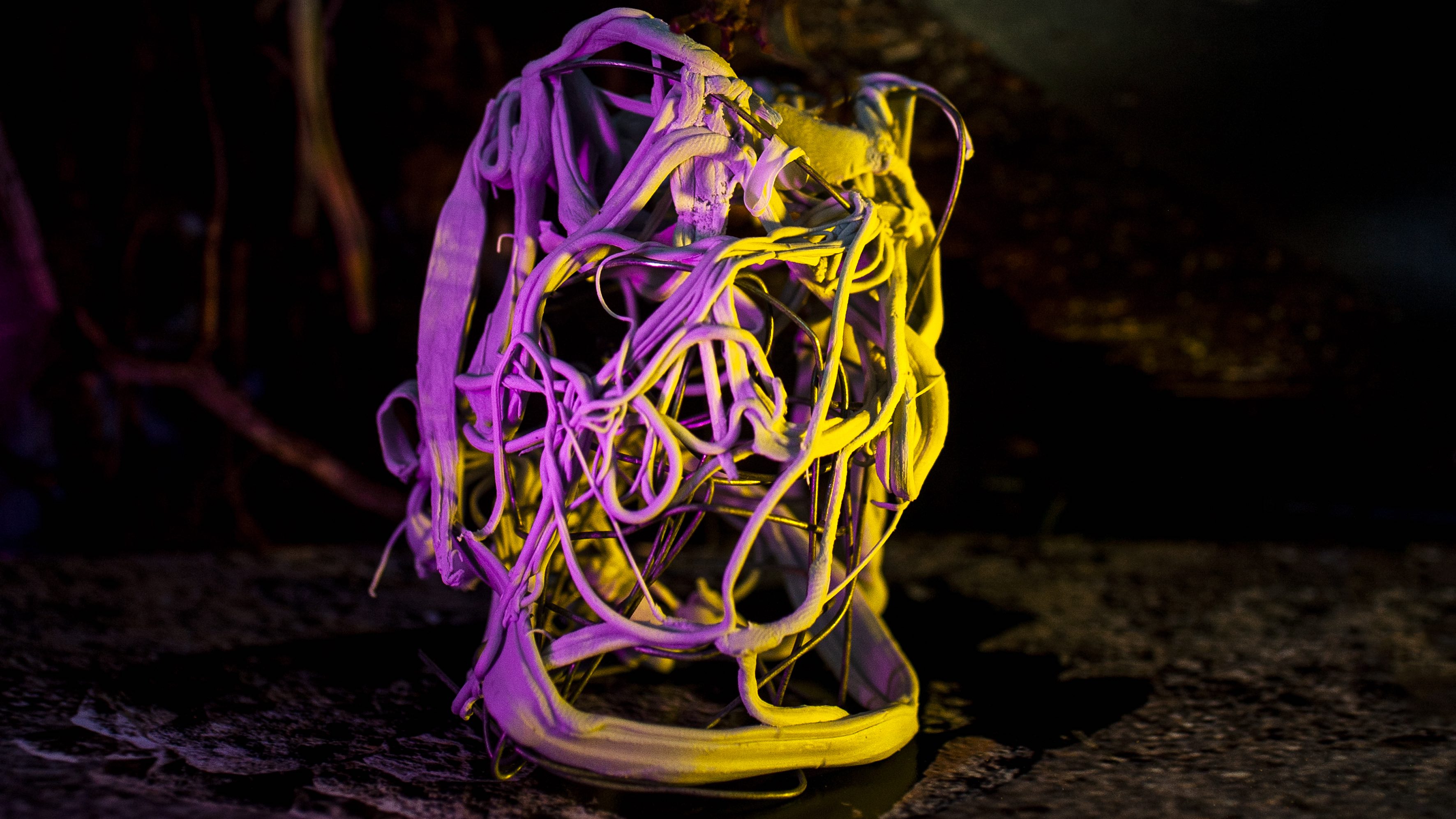 Inspired by the return of flora and fauna to the Chernobyl exclusion zone, Overgrown Towers is a work for solo electric guitar. Heavily influenced by rock music, the piece features driving rhythms, dissonance, and grungy distortion throughout. It begins with a study of the open strings of the instrument, exploring the timbral differences that result from playing the same pitch on different strings, before moving on to a harmonic language permeated by crunchy dissonance.

While Ledger conceived Overgrown Towers as an abstract instrumental work without a visual component, I have collaborated with Perth-based photographic artist Lyle Branson to develop a series of still images to accompany the piece. The images are in the style of Branson's recent exhibition A Makeshift World, which featured dioramas constructed from reject photos and other materials and objects lying around his studio. Through this process, Branson creates dystopian landscapes with surreal figures in the foreground. The images for Overgrown Towers have been crafted to match the character of the piece, changing at various points as the work unfolds.

Written for electric guitar, live electronic processing in Ableton, and live visuals in Max MSP, Akrasia marks Arul’s first venture into composing a multimedia work, and is to my knowledge the first work for solo electric guitar and visuals by an Australian composer. The most experimental work on the program, Akrasia utilises two guitars: one is played “traditionally”, while the other lays flat on a table, prepared with alligator clips, and is played at various points with a piece of twine, a metal rod, and a bass bow. The work is divided into three distinct sections: the first explores the sounds of alligator clips rebounding off the strings; the second presents a glacially slow recurring pattern juxtaposed with moments of frenetic electronic processing; the third features unconventional playing techniques, all with heavy distortion and effects that create a wall of sound, bringing the work to a climactic conclusion.

Victor also developed the visuals for this work, which are randomly generated interactive three dimensional objects in black space. The shapes respond in real-time to the sounds of the live performance, and are directly correlated to the input amplitude - the louder the sound, the bigger and more opaque the object.